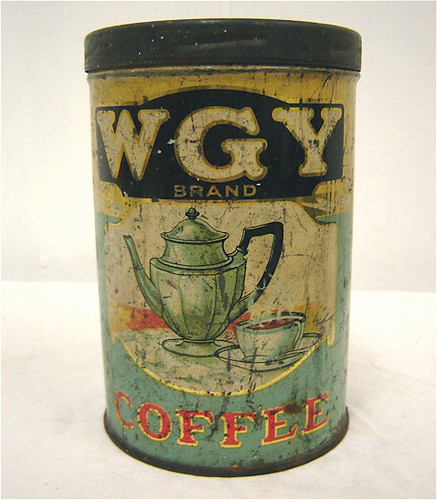 It seems incredible that there was once a very large chain of grocery stores named for one of the first radio stations in the country, and even more incredible that no one seems to remember it. But it’s true.

In 1930, approximately 130 independently owned grocery stores in “virtually all cities and villages within a 75-mile radius of Schenectady” formed a chain merchandising system under the name of WGY Food Stores. An article in the Schenectady Gazette from February 21 of that year explained that “All stores in the unit will have uniform fronts and signs as well as interiors and will be serviced by the WGY Food Products Company, Inc., a subsidiary of the Jonathan Levi Company.” It was a combination of stores already branded as Mohawk or WGY:

“There are about 100 of the Mohawk stores, which is the older chain, and the more local, all the 100 stores being in Schenectady, Troy and Albany. The 30 WGY stores already cover a large territory, and under the combined organization further expansion is planned.” In addition to the advantages of buying for a bigger chain, the superintendent of the company promised “new campaigns of periodical exploitation and instituting a weekly radio program to be broadcast over WGY.”

Jonathan Levi was an Austrian native who settled as a peddler in Schenectady in the 1860s. He had a dry goods shop at 104 and 106 State Street, which he built into a wholesale grocery business. That was headquartered on Dock Street, between the canal and the railroad, for many years and then moved to the north end of Erie Boulevard (the filled-in canal) around the time of the expansion of the WGY chain.

As late as 1958, WGY Food Products was acting as a grocery wholesaler at 95 Tivoli St. in Albany, and there was still a WGY Superette at 74 Madison Ave.

Did WGY Food Stores make use of their radio connection? They did.