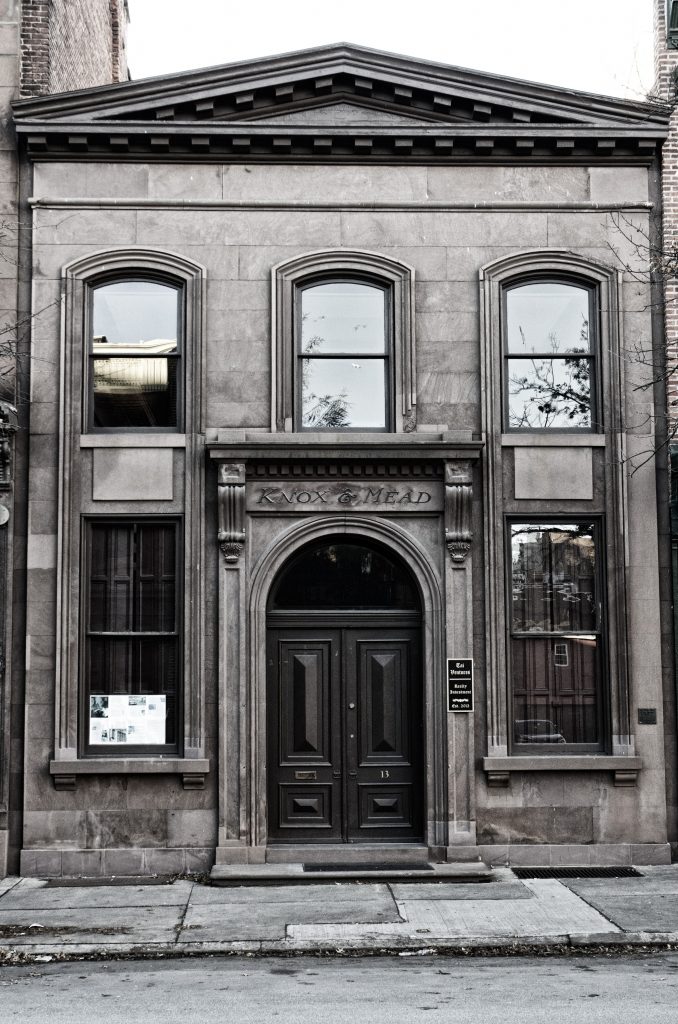 For some time, this particular shot was our white whale, our holy grail. Not sure why, but we just love, love, love this unassuming little building in Troy, and we’ve never been able to get a picture of it without cars parked in front. And then, right around Christmas, there it was, a nicely unwrapped little gift: the Knox & Mead building at 10 First Street.

It didn’t start as the Knox & Mead building. According to the Rensselaer County Historical Society, the building was built in the summer of 1852, and its first occupant was the Manufacturer’s Bank of Troy. Later, the Central Bank of Troy and the Central National Bank of Troy were at the same address. Knox & Mead moved in in 1906, but that was not their first address. 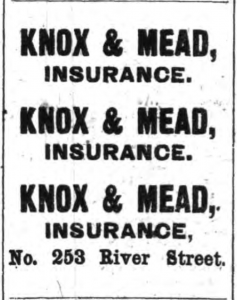 Knox & Mead was an insurance company that dated back to 1855, starting as Kelly & Knox. In 1888, it was under the management of John H. Knox and Walter F. Mead, then at 253 River Street, the Burdett Building – but not the Burdett Building that is there today, for the original Burdett Building, burned rather completely in February 1896. The company then moved to 10 First Street, “the old Post Office Building,” but there’s nothing but a parking lot today. If the RCHS information is correct, Knox & Mead moved across the street 10 years later, and stayed there for quite a long time, until some time in the 1980s.

Justice rules at our coal yards. She sees that every customer gets just what his money is worth – sometimes more. Only the Best Coal rules here from one day to another, which is equivalent to saying that A1 coal which freely burns, which knows as little of smoke, cinder and ash as any coal produces, is here subject to your order every business day in the year. No one can contradict that statement with any degree of success. Knox & Mead, Troy, N.Y. 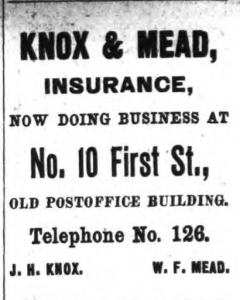 That is, to say the least, wildly confusing. Nothing in local directories or anything else supports that quote – but it seems unlikely that the publication could have just accidentally come up with that name. Mysterious.

Of John Knox, we know only a little. He was vice president of the Troy Vocal Society, which performed at the Troy Savings Bank Music Hall, and served on the city’s Centennial Committee. Of Walter Mead, we know nothing.

The building is as beautiful today as when it was new. It houses Tai Ventures, which performed a gorgeous renovation.