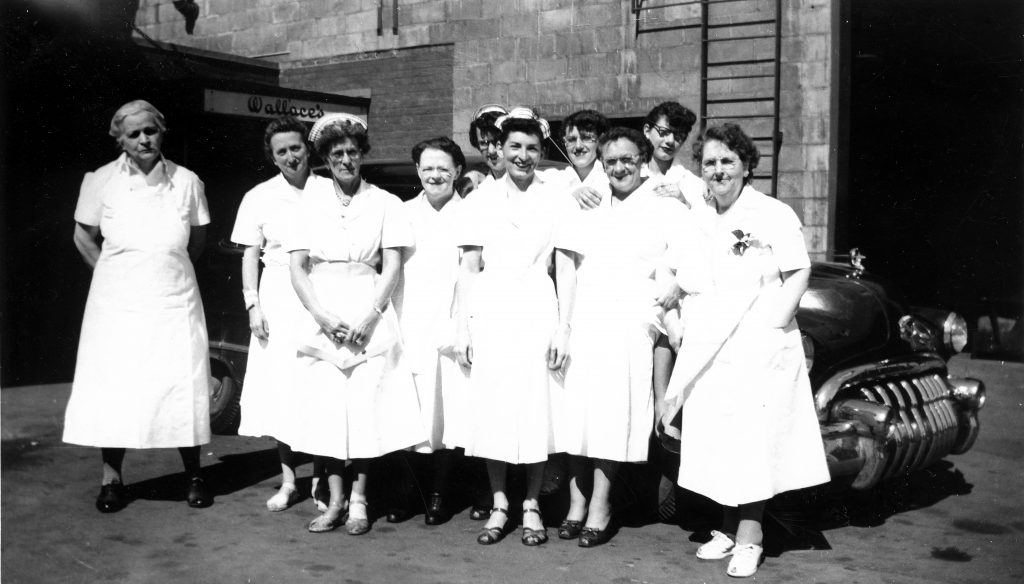 There was a time when every downtown department store had some sort of dining room or lunch counter. The swankier establishments had swankier dining; in some cities they rivaled any of the restaurants as a place for the carriage trade to go for lunch (and catered especially to women). At the other end of the spectrum was the still-well-loved lunch counter of the five and dimes, like Woolworth’s. Somewhere not too far above that was the average department store “luncheteria,” which I believe is what The Wallace Company of Schenectady called its eatery. It was located near the back entrance on the first floor, just inside the door under the sign in this picture, accessed from the Liberty Street parking lot. There was the required formica counter and stools, and probably just a handful of booths. There was the smell of french fries and the smell of that certain counter cleaning solution that any proper diner will use.

At some point in the late 1950s, maybe the early 1960s, the ladies who worked the luncheteria stepped out into the light for a group photograph. One of them, the third in this picture, was my grandmother, who waitressed in downtown Schenectady for many years, first here and then at Peggy’s. None of the others were identified, so unfortunately I have no idea who they are.