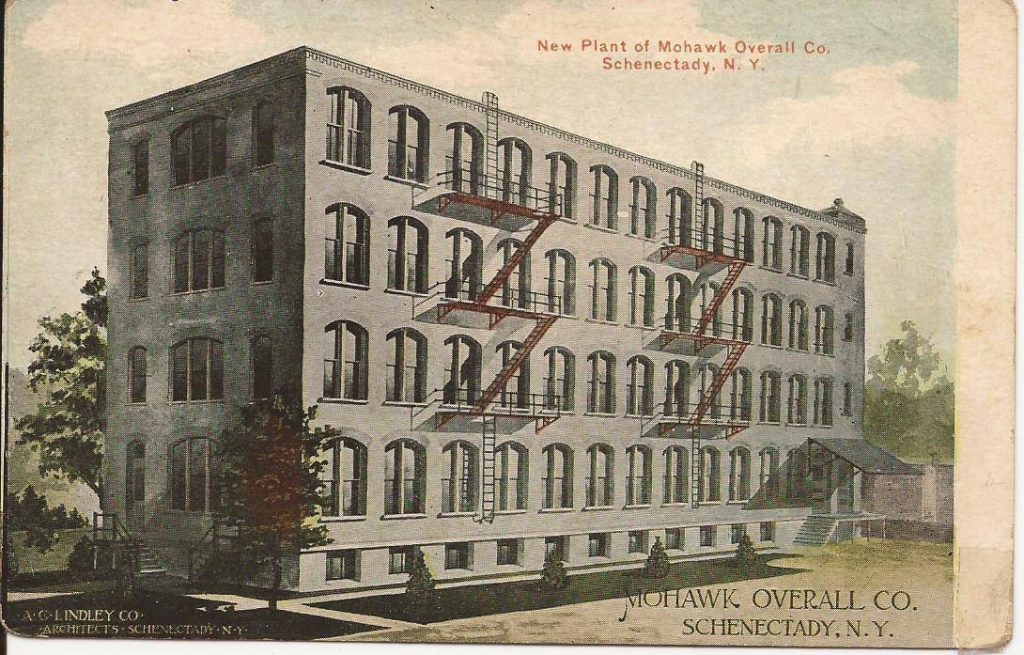 Saw this old postcard posted on the “Schenectady History – Photos and Discussions” Facebook group the other day, and it set us to wondering why we had never heard of the Mohawk Overall Company. It turns out it wasn’t around very long.

The Mohawk Overall Company opened up in Schenectady in 1909, with a new plant on Dock Street (on land purchased from General Electric) and plans to employ 700 people. It advertised as far away as Utica, at least, looking for 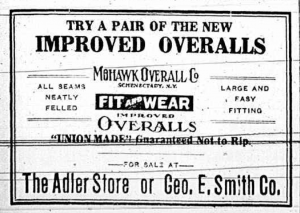 The company was even advertising for salesmen in Chicago. But it started under a cloud – its principals were previously with the Hooker, Corser and Mitchell Company of Brattleboro, Vermont, then the largest manufacturers of overalls in the world. James Hooker, William Corser and possibly other of its officers departed with private information of the company, its client list, and a large number of its employees to set up in Schenectady. Eventually the Vermont company sued Mohawk (which had changed its name to Mohawk Clothing Company), and the case was noted in a number of newspapers. Mohawk lost and was ordered to discharge all salesmen, superintendents and leading employees of the company and to prevent them from doing business with 2000 customers of the Vermont company. The company went into receivership and was dismantled in 1915.

Its property, consisting of land and a three-story sandstone brick building on Dock street, along with machinery and equipment, was foreclosed and auctioned off for $34,000 in 1915 (it was estimated to be worth $70,000). Shortly thereafter, General Electric purchased the building for about $35,000. Originally talked about for use as a laboratory for the lighting department, GE said it intended to use the building in connection with the manufacture of war munitions. Whether that actually happened, we haven’t determined. 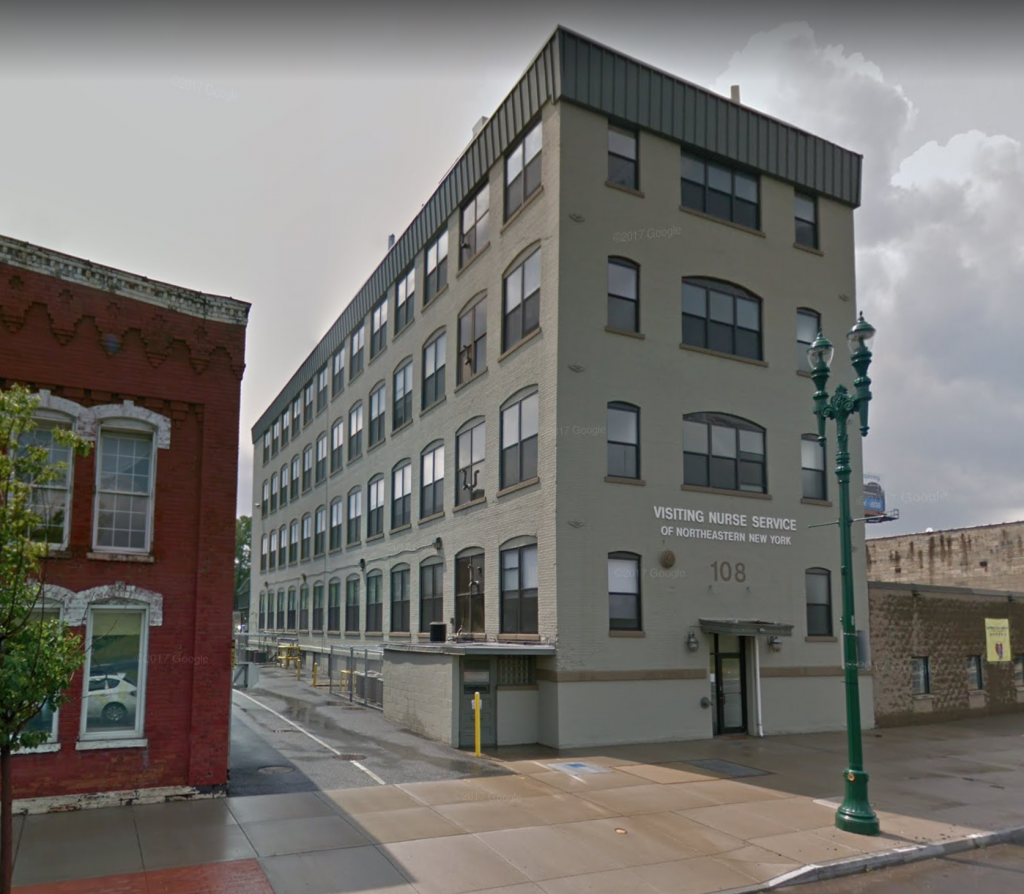 4 thoughts on “The Mohawk Overall Company”