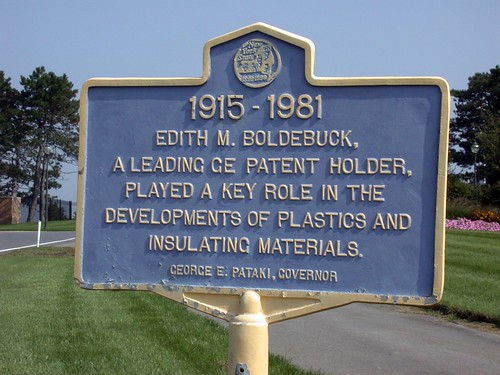 One of the newer historical markers in the area, and one you’re unlikely to see unless you work at the GE R&D center in Niskayuna or use the bike path that runs just outside of it, is this marker in honor of Edith M. Boldebuck: “A leading GE patent holder, played a key role in the developments [sic] of plastics and insulating materials.” I don’t find much else about her, other than that she’s listed on a number of patents from the 1960s and ’70s, and that she is apparently buried with her mother in Darien, Illinois.

One thought on “Dr. Edith Boldebuck”